The Secret to Successful Eggplant Parmesan

Have ever tried to make eggplant parmesan at home? Does it often turn to mush? Don’t feel bad – we’ve all been there.

I have a trick. It’s the secret to successful, crispy, delicious eggplant parmesan and today I’m sharing it with you! 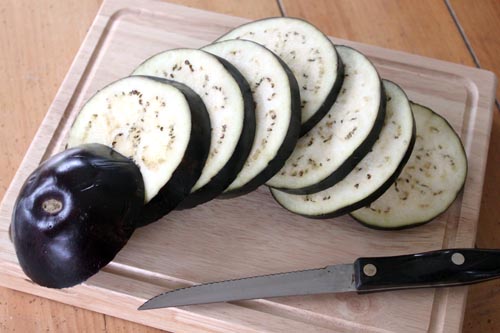 First, slice your eggplant into 1/4″ – 1/2″ slices. Next, you’re going to need a special and essential (but oh so basic) ingredient…SALT! Lay each slice flat and liberally sprinkle them with salt. This will extract much of the moisture, and at the same time, season the vegetables. 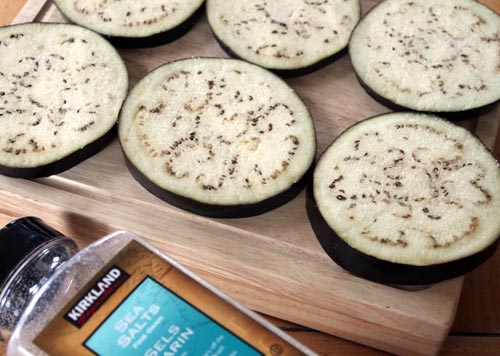 I like to let them sit for about 20-30 minutes to ensure all excess liquids are drawn out. Once they’ve had time to sweat, I’ll use paper towel to pat them dry. 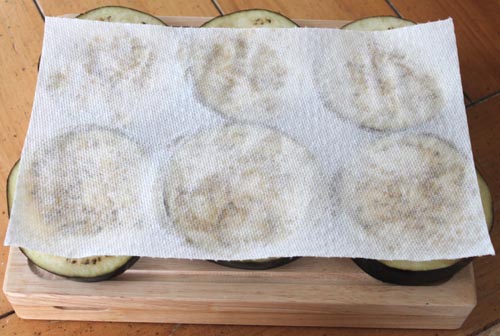 The assembly line I like to use consists of flour, egg and panko bread crumbs. Dev and I really like the flavour of lemon pepper added to the coating, but extra seasonings are totally a personal choice. 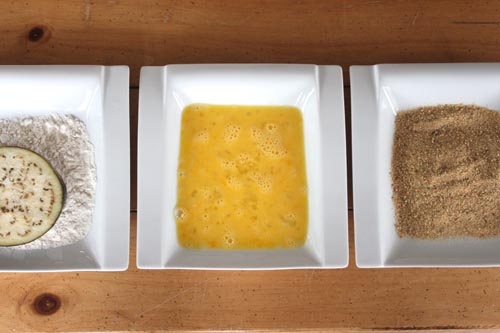 The eggplant must be coated in flour first, before being dunked into the gooey egg mixture. Despite draining them of moisture, these veggies can still be quite slick. Without this step – commonly considered ‘dredging’ – the egg will slide right off. You want to ensure each slice is covered completely in these two binding agents before entering the breadcrumbs. To put it simply…no flour equals no egg, which equals zero crisp on the outside. Which also equals mega disappointment. 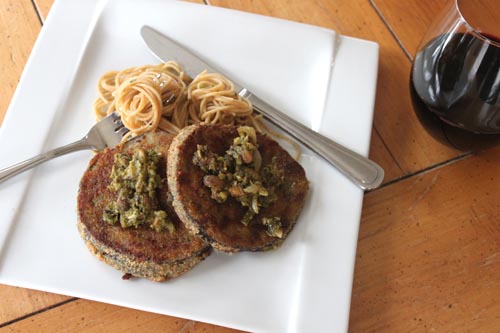 I pan fry these in a little extra virgin olive oil, but coconut oil is an option as well if you’re looking to be super healthy. I let them cook on a low temperature at first so they soften through the middle ever so slightly. Once they’re just about ready for our hungry bellies, I like to kick up the heat and sear the outside to achieve a nice crunch.

Speaking of healthy, I like to serve these on a portion of whole wheat spaghettini. For the record, spaghettini is wayyy better than regular old spaghetti. 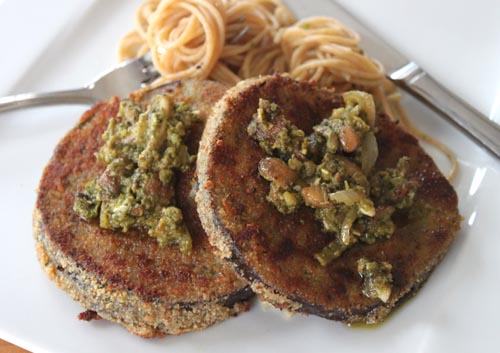 They’re pictured here with a little basil pesto that I heated in a pan with some sautéed mushrooms and shallots. It may not be the most visually appealing dish – I realize it’s missing some colour – but I promise it’s delicious and nutritious!

FYI: This salt trick can also be used for other water-dense vegetables including zucchini, cucumber and squash.