I could probably watch each one of these holiday movies a million times over and never get tired of them. In fact, a bunch are from when I was a kid and they’re still favourites of mine! Can you believe Elf and Love Actually were both released in 2003?! 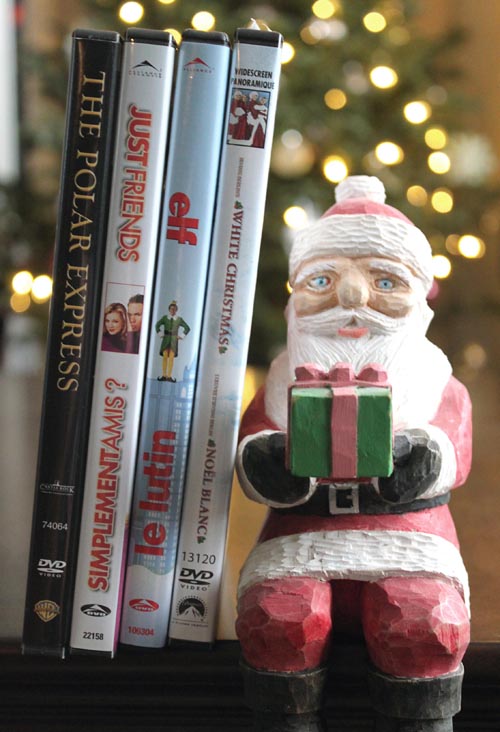 In no particular order, my favourite Christmas-y films are:

I will never get tired of watching Scott Calvin being transported to the North Pole and eventually taking on the role of Santa Claus. There are so many magical elements that thrill my imagintation, as both a child and adult. And while the two films that followed are fun and creative as well, I still enjoy the original most.

An oldie but a goodie! I love musicals and this one always gets me singing along. I’m shocked at how few of my friends have not seen this movie and constantly recommend that they do.

I was just 10 years old when Dr. Seuss’ How The Grinch Stole Christmas was released as a live action film. It is actually the first movie I remember seeing in theatre with both my mom and dad as a family. I loved it so much and remember begging my parents to rent it for me the minute it was released on VHS at Blockbuster (oh the good ol’ days of video rental stores). It was a few weeks before Christmas and my parent’s let me open a present early. Sure enough, it was the movie!! I’ll never forget that moment, and thus this movie holds a special place in my heart.

With nine different stories that eventually intertwine, this film is never boring. In fact, I find myself still noticing new bits even though I’ve watched it probably 30 times over.

Elf has been on TV so much this year, and admittedly I’ve watched it five times already. I’m not the biggest fan of Will Ferrell, but as Buddy the elf he’s hilarious! There are so many good lines that I find myself quoting, including:

Another story of magic and wonder, with the addition of amazing animation. As a huge fan of Tom Hanks, I also appreciate his portrayal of many different characters in the movie.

Honourable mentions go to Just Friends, which I consider a holiday movie, but it’s also just a great chick flick in general. And Holiday Engagement, a not so well-known movie that is typically shown on TV or can also be found on Netflix. It’s about a woman who hires a man to act as her boyfriend and tries to convince her family they’re in love when she brings him home for the holidays. It’s your typical rom-com and I bet you can guess what happens in the end.

Which Christmas movies do you seem to watch again and again, year after year? Leave me a comment below!