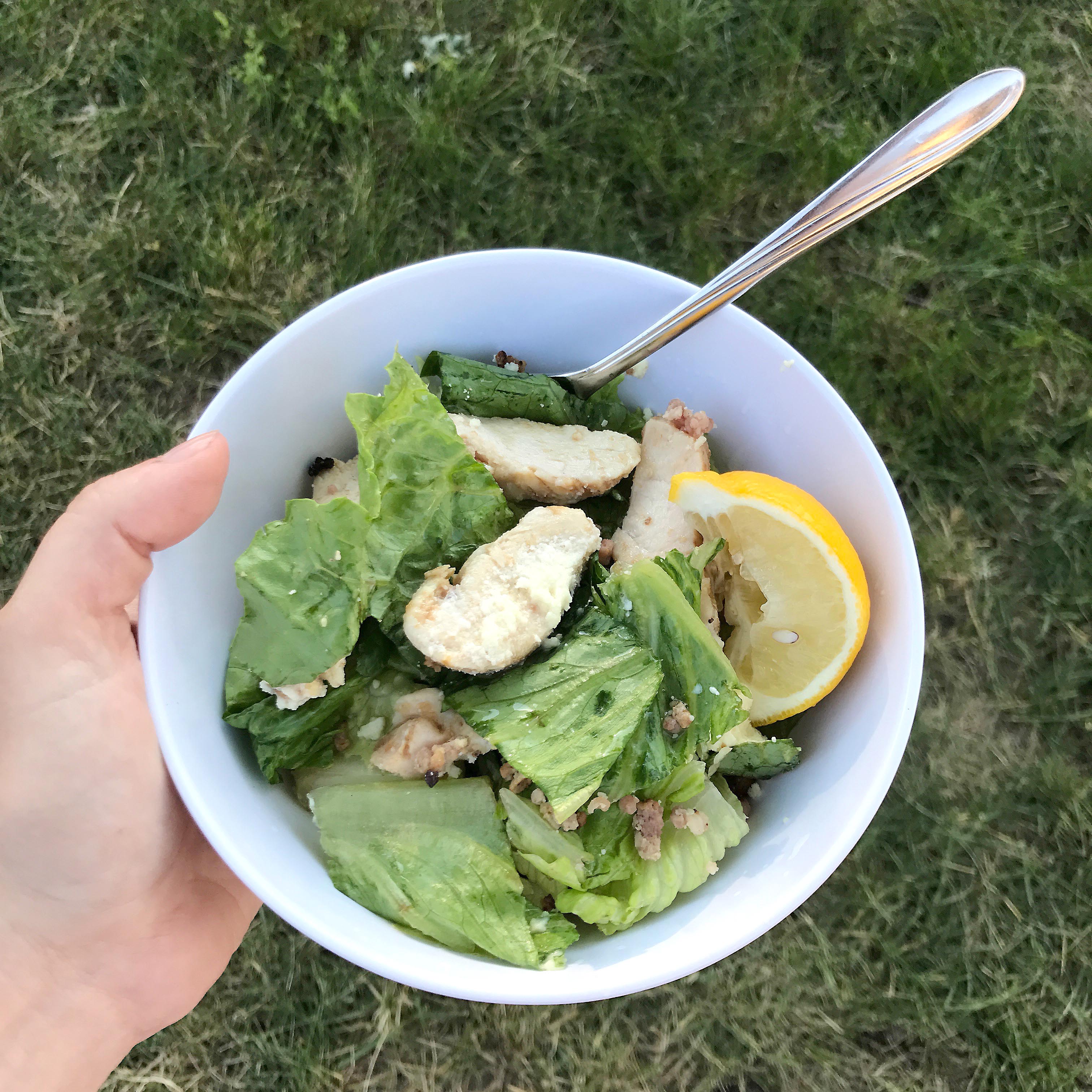 I’ve always hated the idea of diets. Cutting out carbs, limiting sugar, no booze, only eating a certain number of calories in a day. It doesn’t seem healthy to me and I just don’t have the willpower. But Intermittent Fasting (IF) is one ‘diet’ I believe in! In fact, I’m not even sure it can be considered a diet. It’s more of a lifestyle if you ask me…

There are a few different versions of IF. Some restrict you to 500 calories one or two days a week. Some cut calories entirely for 24 hours. The other involves a fasting period, which includes going 12-18 hours a day without food. I’m sure there’s a more scientific explanation, but this eating pattern uses any stored energy from carbs and begins burning stored fat.

I chose to do the later, as it allows me to eat whatever I want (within reason) without restrictions (aside from a dedicated eating period). Personally, I eat from 12PM to 8PM and fast in-between. This means I have an eight hour eating period and a 16-hour fasting period.

My thoughts after three weeks of IF

The first four days were a bit of a struggle. I used to wake up hungry and breakfast is by far my favourite meal! My stomach would definitely protest the lack of food for this first 4-5 hours of each day. If you followed my Instagram story updates, you may have seen me describe the thunderstorm in my belly the first day and the baby tiger crying from inside of me the second. The grumbles could be heard from across a room!

I would watch the clock in anticipation of noon (aka. my eating period) to strike, and then I’d run to the kitchen. Sometimes I would even prep my food ahead of time so it would be ready to go and waiting. But after a week, it got much easier. My stomach didn’t make as many noises. I wasn’t as anxious to eat and I really wasn’t too hungry either.

Now, I received a lot of DMs suggesting black coffee would help tide me over until eating time. But I HATE black coffee! I don’t even like black tea. They’re just not the same without a splash of milk and honey. Sometimes I would have a green tea. Sometimes I would have warm water with apple cider vinegar and lemon. For the most part, I’d have water. Which is not a bad thing…

I have noticed, however, that I have more energy. I’m not sure if this is related to my new eating pattern or if it’s the lack of caffeine. Previously, I would sip on a tea (or coffee) in the morning and have another in the afternoon. Now, I only have one cup a day.

One other struggle I should note is how tough IF can be on the weekends. Having any kind of social life is hard, especially if there are late night gatherings where alcohol is involved. If I knew I would be going out for a late dinner with a friend, I tried to start eating later in the day so I could eat and drink later in the evening.

I’ve come to the conclusion that this is a ‘diet’ I will stick to during the week. On the weekends I’m going to cheat. I’ve pretty much cheated on the weekends these past few weeks anyways…

However, during the week it’s SOOOO easy to say no to a late night snack or an evening glass of wine!! And Dev understands my new eating pattern too! For example, last week he bought me a cheeseburger from Wendy’s but realized it was after my eating period, so he ate it for me. What a guy, right?!

It doesn’t mean I can’t enjoy an alcoholic beverage each evening. It just means I have to make sure I’m finished having that glass by 8PM. I can have a bowl of popcorn or a couple of cookies, as long as I eat them some time between 12PM-8PM. I try and make a conscious effort, however, to fill myself with fruits, veggies, protein and healthy fats, and I like to think I eat a pretty balanced diet already. But before I would feel guilty for eating junk. Now, not so much…

Unfortunately, I didn’t weigh myself before beginning this journey. The scale is not my favourite thing at the moment…

However, I did weigh myself at my parent’s house the other day and I can guess that I’ve lost four pounds. Whether that’s IF related or water weight, I’m not sure. What I do know is that I FEEL better! My stomach seems flatter (probably placebo effect) and I feel much more energetic.

Have you tried IF? How did it work for you?