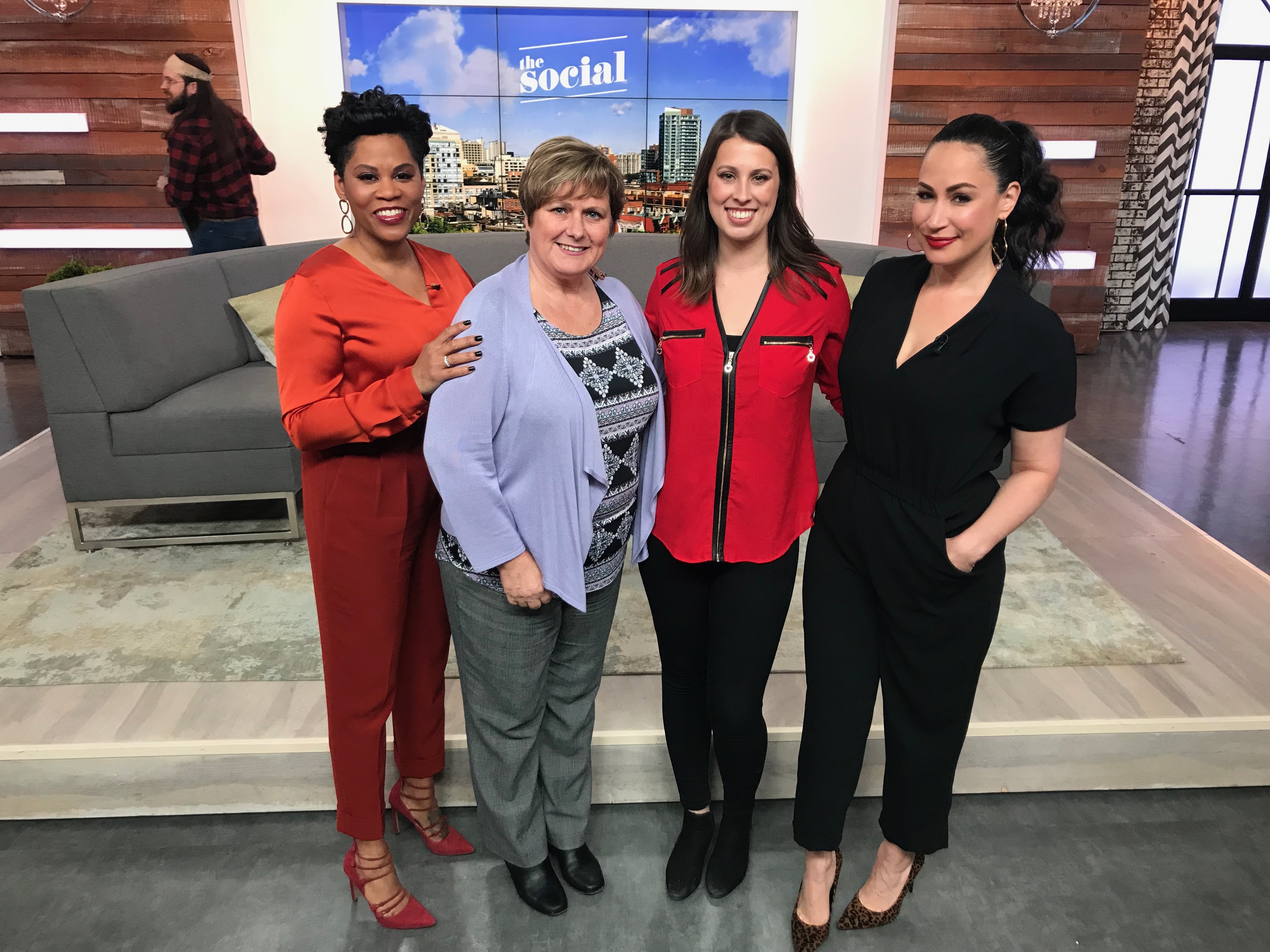 My Week In An “Egg”shell

This week started off exciting, and then there were a couple of rotten moments in the middle, but luckily it ended on a high, surrounded by friends and good conversations.

In The Audience @ The Social

On Tuesday my Mom and I were in the audience for the live taping of The Social. I applied for the (free) tickets before Christmas time and January 15 was the date we were invited to attend. The show featured discussions about whether or not it is OK to boo your home team (ie. The Leafs), if it’s OK for a 7 year old to get a facial, and having “I’m turning into my parents” moments. There was also a segment feature athleisure wear and everyone in the audience was gifted a $50 to The Gap! However, it can also be used at Old Navy, which is where I plan to spend it. I absolutely love their inexpensive activewear! 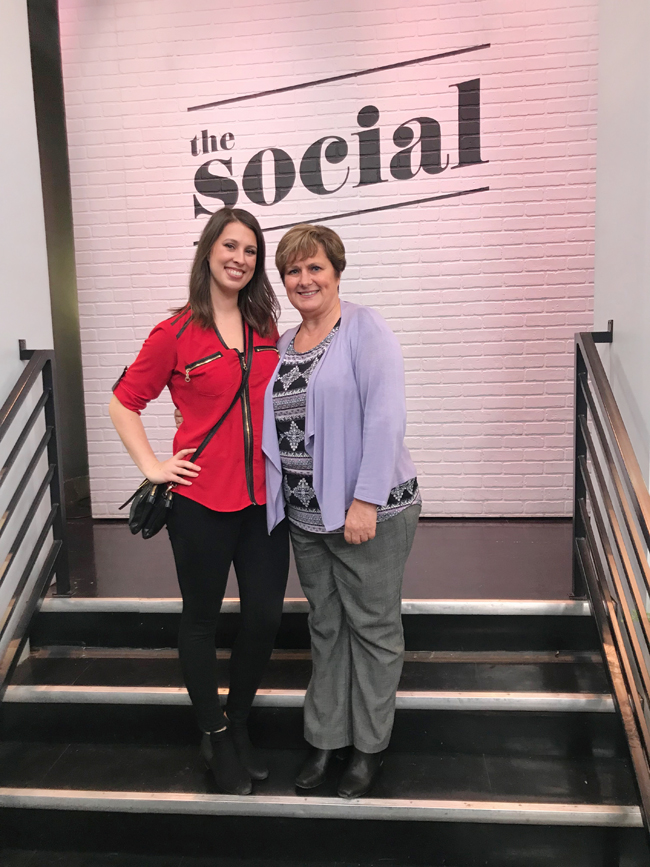 Mavis Gets A Dog Walker

We’ve been talking about hiring someone to come by for Mavis during the days I work in Toronto for a while now. Three times during the week I work from home. But two times I’m in the office and those days are far too long to leave the fur ball alone all day.

Many dog walkers have been recommended to us, but it wasn’t until a friend’s sister invited me to like her new business on Facebook that we finally agreed to the idea. I think finding a dog walker involves a lot of trust, and it definitely helps when it’s someone you know. April from Walking On Paw Nine is amazing. She’s a total dog person, having owned several herself, and Mavis loves her. I think this relationship is going to work well and I’m so thankful to have someone to help us out.

She also has potential to be a professional animal photographer. Check out these photos she sent me! 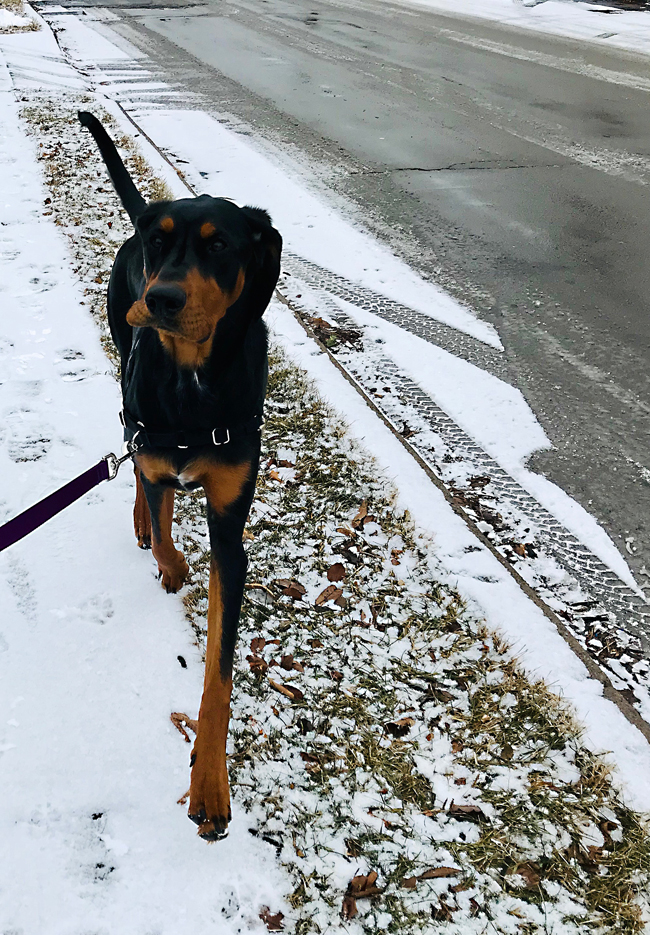 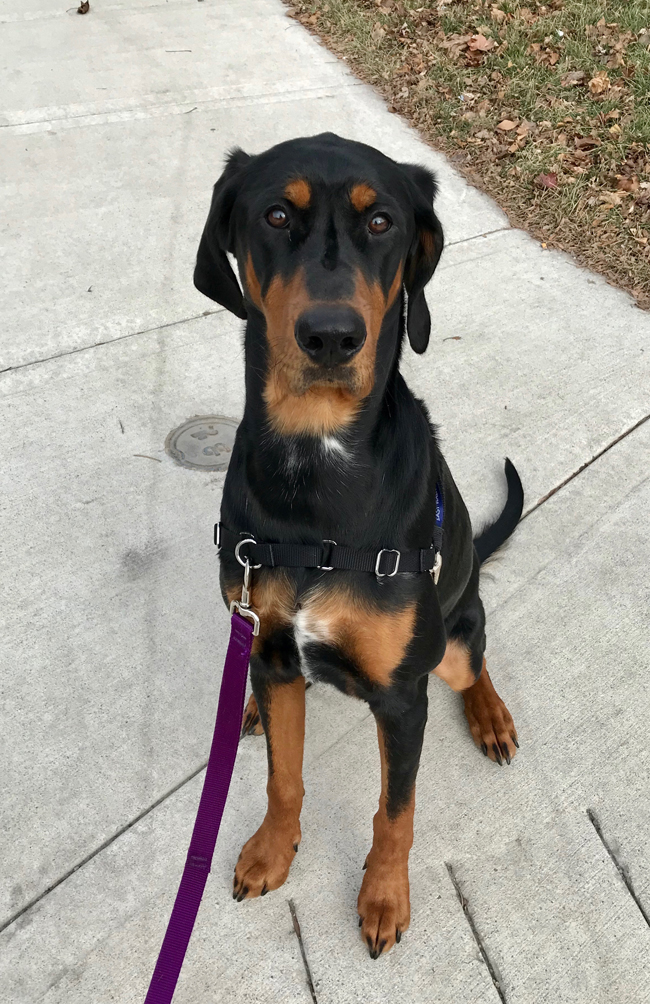 I don’t know how some people live without a microwave! Ours recently crapped out on us and it has been life changing. I mean…I reheat my coffee (or tea) at least three times each morning. Not to mention the number of pots and pans I’m having to clean now…

Fingers crossed ours can be fixed or we get a new one sooner rather than later. 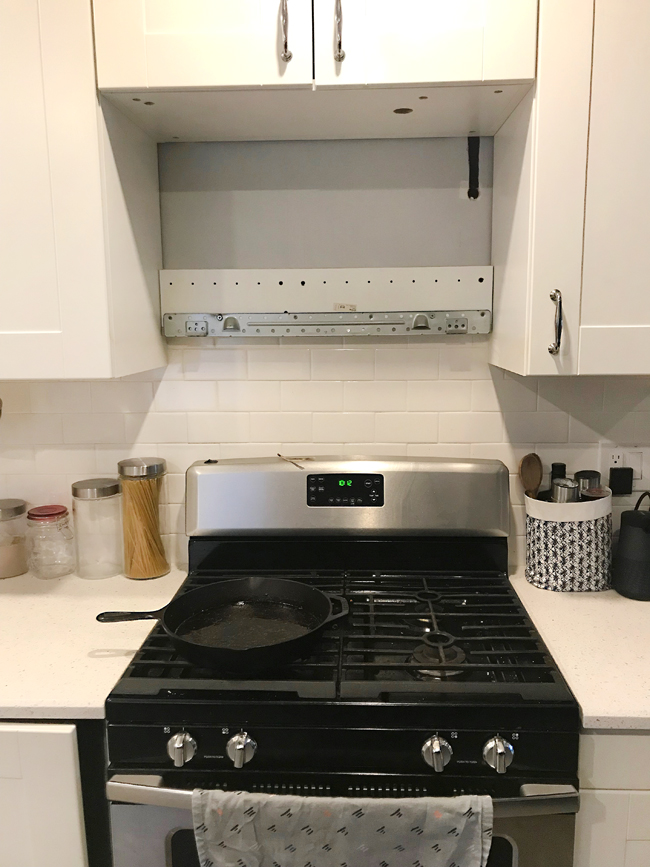 It’s the second time in just over a month that I’ve had a cold. I’m an absolute whimp when it comes to being sick. IT SUCKS. That’s all I have to say.

This past week I hosted a giveaway with some awesome Garnier products. Unfortunately, it has ended and the winner has been notified, but you can still see the review here. I had so much fun reading all the comments on the post and connecting with readers old and new. I’m seriously so fired up from this giveaway and I hope to host another one soon! Let me know if you would like that and what kind of products you would like to see up for grabs.

I swore I wouldn’t do this in the winter again. You see, we’ve been to Sauble Beach many years in the past for an annual hockey tournament that Dev and his friends like to play in. However, there have been a few times I’ve white knuckled it driving through bad weather to get there. In fact, one time we even had to stop half way and stay overnight in an bed and breakfast. That’s a story for another time though…

This year I decided to brave it and this time around it’s a family trip! We’ve brought our Gravy Boat (Mavis) with us! Luckily the weather wasn’t quite as bad. Don’t get me wrong, it’s cold as hell here, but the boys had a blast playing hockey yesterday and it’s been fun hanging out with everyone. 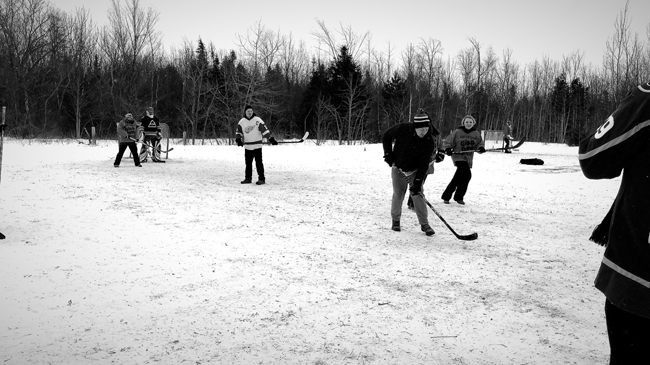 Wish us luck for the drive home! We’re hitting the road shortly.