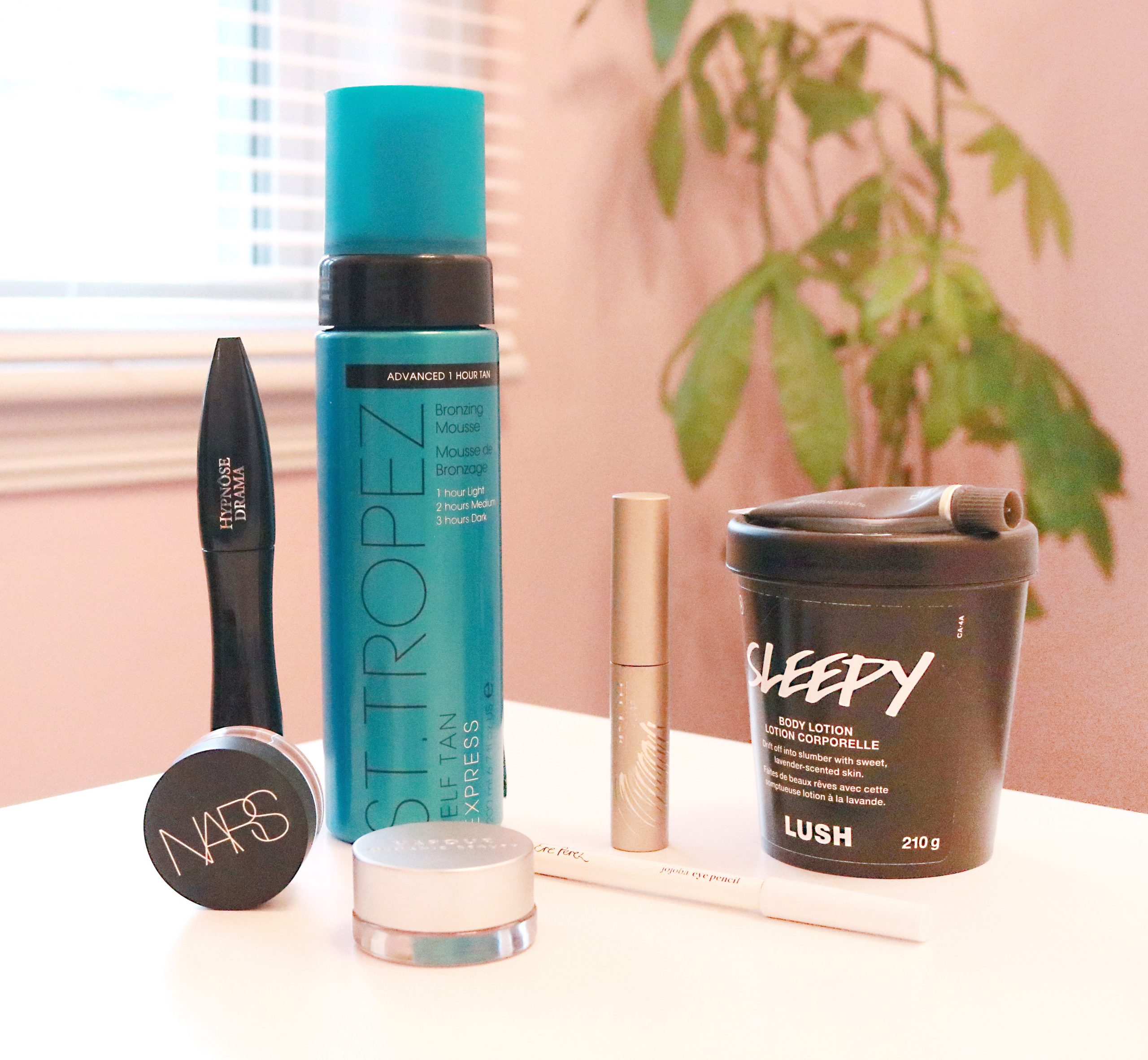 I was going to start this blog post off by saying that it feels like it’s been FOOOOOREEEEVER since I wrote a dedicated favourites post. But then I looked back at my archive and realized that it kind of has been…I haven’t written one since April!

If I’m honest, I’ve lost a bit of writing motivation lately, as I’m sure you can tell by the lack of blog posts being published as of late. But I’ve done high-end and drugstore favourites since I started Beauty by Birdy five years ago and I’m not going to give up on them now.

Here are all of the high-end products I discovered and loved during 2019. Stay tuned for my drugstore favourites coming later this week!

I fell in love with numerous clean beauty products in 2019 and this bronze eyeliner from Ere Perez is no exception. Firstly, the colour is absolutely stunning. Secondly, the formula is so super creamy and glides on like a dream. Thirdly, it’s long-lasting and doesn’t budge (despite having such a slick consistency). 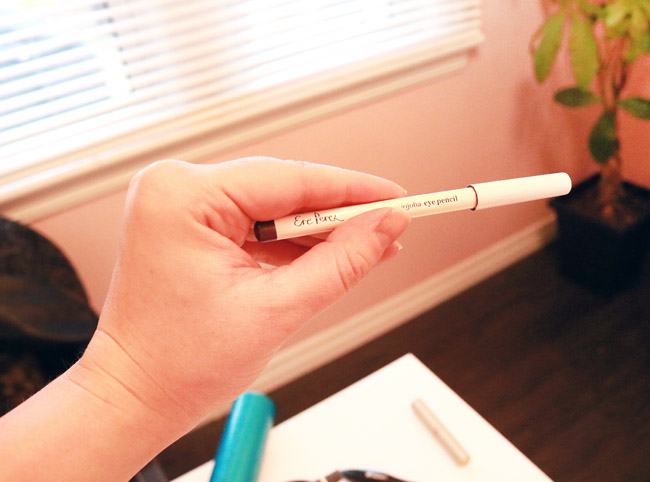 I wear it pretty much every day along my waterline to add slight depth with a bit of sheen, and lately I’ve been loving it along my top lashline with a wing. It’s different from my go-to black and I really like how soft and pretty it can look. 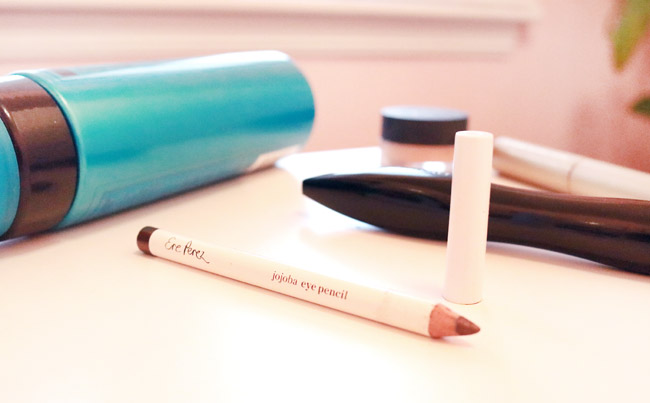 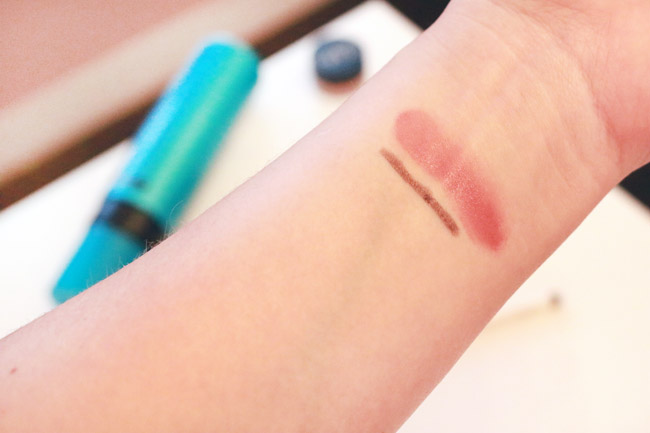 Another clean beauty product I’m obsessed with is the Vapour Organic Aura Multi-Use in Eros. This one is a sample that was given to me, so it’s in a little glass pot. I’m pretty sure it typically comes in a stick formula. However, I love it most because it’s in a jar. It’s so easy to press my brush or sponge into, and the glass itself makes it feel very luxe. 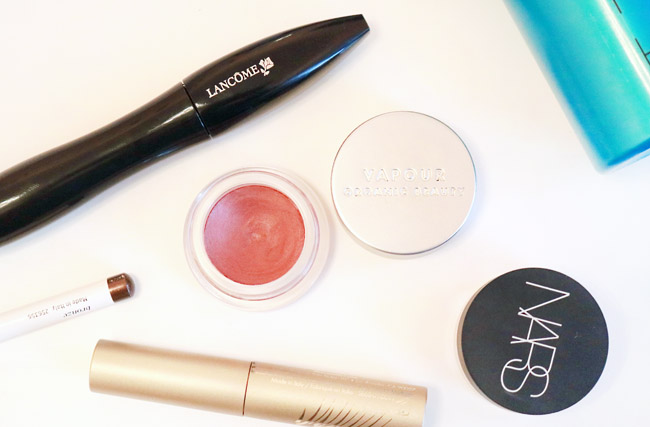 Eros is pretty much my perfect blush colour. It’s a rose-y mauve that is literally fit for fall and winter on pale skin, but wears amazing in the summer with a tan as well. The formula is creamy and blends out really nicely. I prefer to use a brush or sponge (as previously mentioned) rather than my fingertips, but that’s just personal preference.

I also enjoy using it as a cream eyeshadow every now and then, especially when I’m going for a monochromatic look. It’s slightly sticky though, and can crease if not set with a powder. 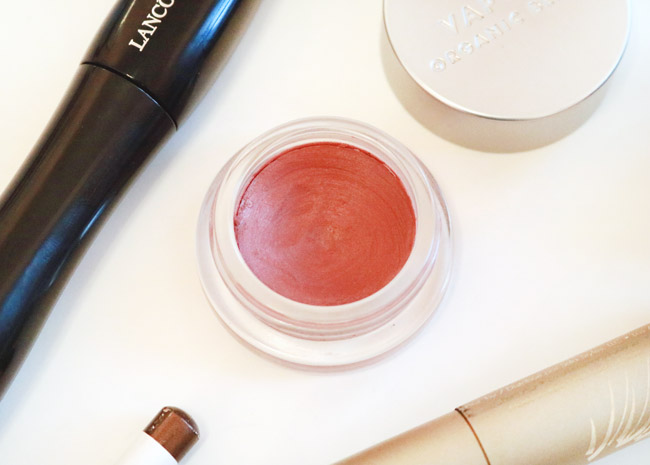 Last year I decided to splurge on a high-end concealer with great reviews. The NARS Soft Matte Complete Concealer does cost a pretty penny at $37, but it has absolutely been worth it! I purchased it from Shoppers Drug Mart back in July and I still have a ton of product to use. My go-to in the past has always been the Maybelline Fit Me Concealer. It retails for much cheaper at around $10 (often on sale for $6). But I end up using one entirely after a month or so. 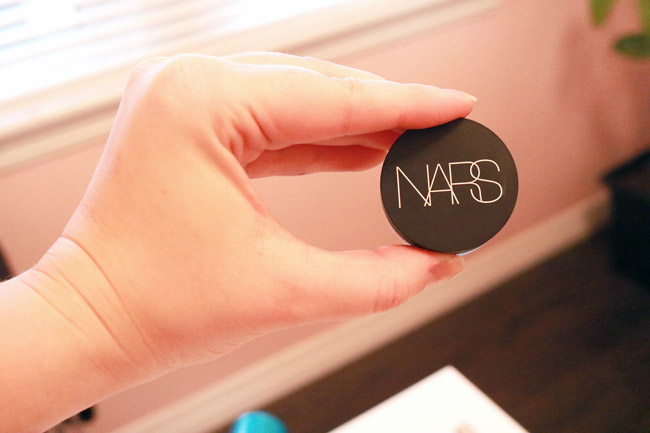 The NARS Soft Matte Complete Concealer has better coverage, so a small amount goes a long way. It has a creamy texture that takes no effort to blend out and dries down to a matte, but natural finish. It creases a little (what concealer doesn’t?) but it stays in place pretty much all day without needing to be set.

I bought the shade Custard, as it matched my skin perfectly in the summer. It’s a little too dark for me now that my tan has faded, and I’m strongly considering grabbing a lighter shade. 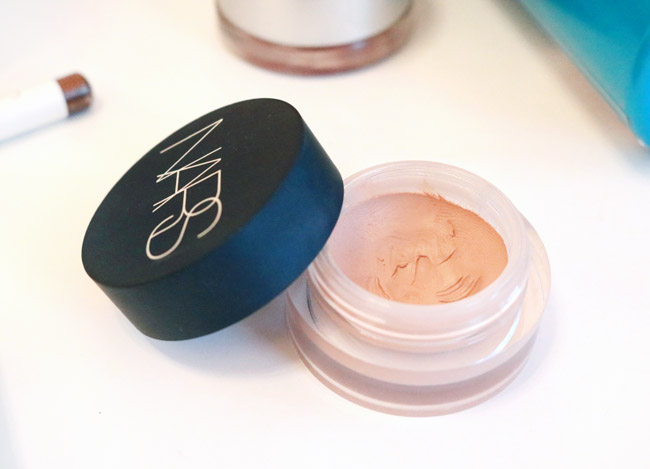 The Eye Studio Sampler mascara set from Shoppers Drug Mart was a definite favourite and one of the best gifts I received for Christmas in 2018. I didn’t have to buy a single mascara in 2019 and it was so awesome to test out a bunch of new mascaras, all of which are in the high-end category. I would have a very hard time spending my own money on each one, so it’s nice that the set included a gift certificate for a free full-size version of my favourite. As you can probably guess, I decided to pick up the Lancôme Hypnôse Drama Mascara. 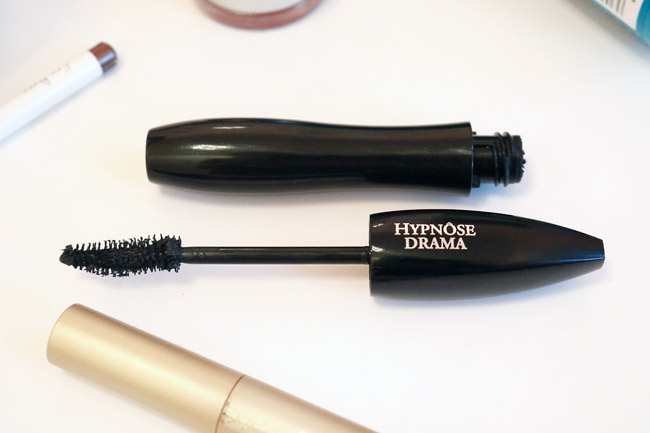 I love the ‘S’ shaped brush that clings onto my lashes and makes them look extra voluminous and long. I can build up layer upon layer without it getting clumpy. Although one or two coats is really all it takes to get great-looking lashes. Plus it’s super black!

[Sidenote: I received the 2019 version of the Eye Studio Sampler for Christmas last month, and there’s an 80% chance I’ll be using the gift certificate from that set to buy my next favourite…]

I can’t decided which one I like better. The Lancôme Hypnôse Drama Mascara or the Stila HUGE Extreme Lash Mascara. They both have very similar effects. Both have fat brushes with a ton of bristles that create uber volume and a decent amount of length. 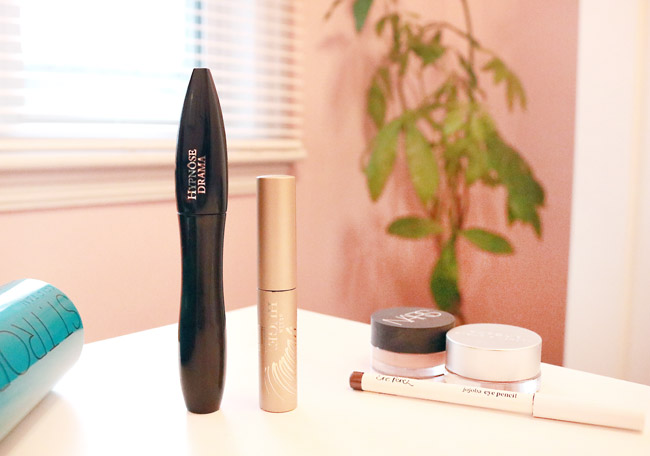 [Another sidenote: That’s what is so great about the Eye Studio Sampler too! It taught me exactly what I look for and like in a mascara wand and formula. For example, I hate a flexible, skinny wand with short, plastic bristles.]

I find they both have similar formulas too. The Stila HUGE Extreme Lash Mascara is a little more wet, while the Lancôme Hypnôse Drama Mascara is on the mousse-y side. But both are thick and made of malleable waxes, which allow for multiple layers to be applied without making the lashes clumpy or feel crunchy.

To differentiate between the two, however, I am tempted to say the Stila mascara holds a curl better. 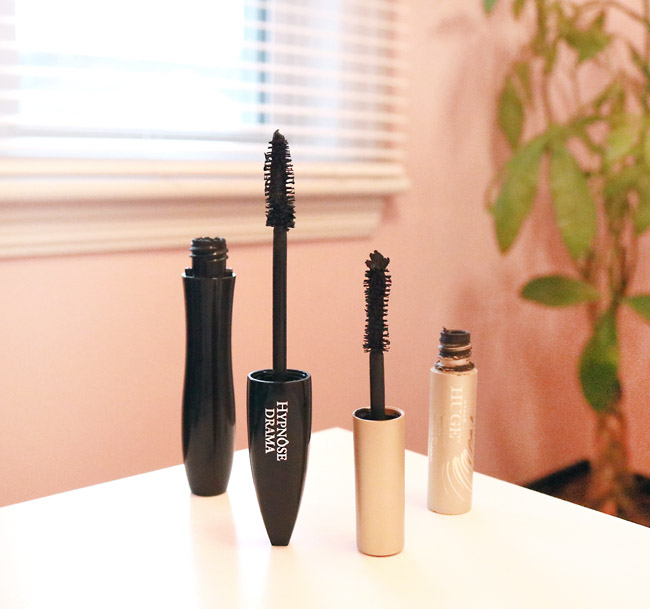 Last year I decided to dabble in self-tanning. I have had one spray tan before, and really enjoyed how it looked, but I’m not one to pamper myself or treat myself to beauty trends often. You guys must know by now…I’m cheap! So prior to a trip to Vegas in the summer, I decided to pick up the St. Tropez Self Tan Express Mousse and attempt to tan myself. I figured it would cost roughly the same as a professional spray tan, but I’d be able to get at least a few uses out of it.

There was definitely a learning curve to use it. My first time, I attached the tanning mitt to a wooden spoon so I could reach all areas of my back. I contorted my body in ways I didn’t know I could, and I pulled a muscle or two in my neck. It wasn’t easy, but the job got done. I learned, however, that it was best if I got some help from my trusty boyfriend. 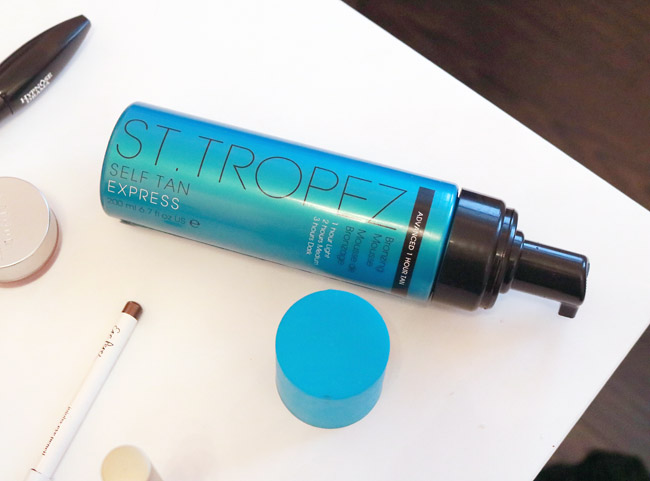 I also discovered that in order to achieve the darkest colour without any funky splotches, I had to saunter around my house naked…for 3 hours. The Express is great because it works quick and can be washed off after 1-3 hours. We have white bedding and I’m not about to ruin it by sleeping in an orange-y fake tan. But I didn’t notice much of a difference when I wore it for just one hour. At least not when I used it during the summer months when I already had a bit of a natural tan.

It creates such a beautiful and natural-looking colour though. I have received so many compliments from people who have been tricked into thinking I had been baking in the sun. It has an olive-y tone and doesn’t look orange whats0ever. It also fades really nicely without looking splotchy. I definitely had to learn to double-up on my moisturizer to make it last longer, however. And I also had to learn (the hard way) to use the tanning mouse sparingly on my hands and feet. The first time I used it, I ended up with some funky looking lines in between my fingers.

Now, I’m hooked! It can kind of be an ordeal planning out how/when to fake tan. You have to exfoliate and shower the night before, and you can’t wear deodorant or perfume the day of. But I love that I can do it at home when it’s convenient for me. And so far I have gotten five or six uses out of this bottle and it still feels pretty full. It was definitely worth the money.

[Another sidenote…again: to tan my face I use the St. Tropez Self Tan Purity Bronzing Water.] 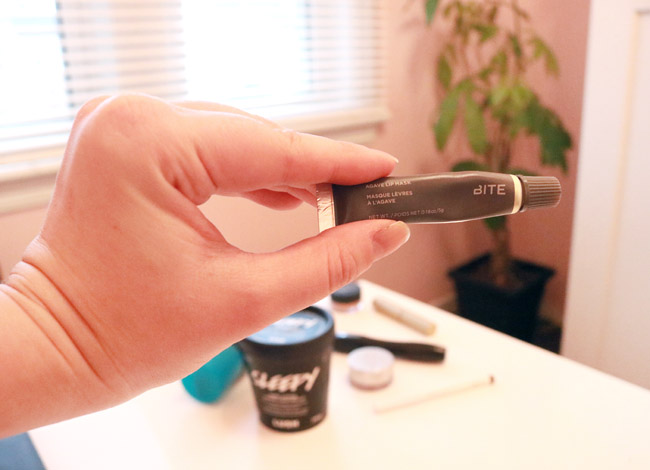 A couple of other products I want to mention that are not necessarily new discoveries but have continued to be high-end favourites over the years include the BITE Beauty Agave Lip Mask and the LUSH Sleepy Lotion. I love them both so, so much! 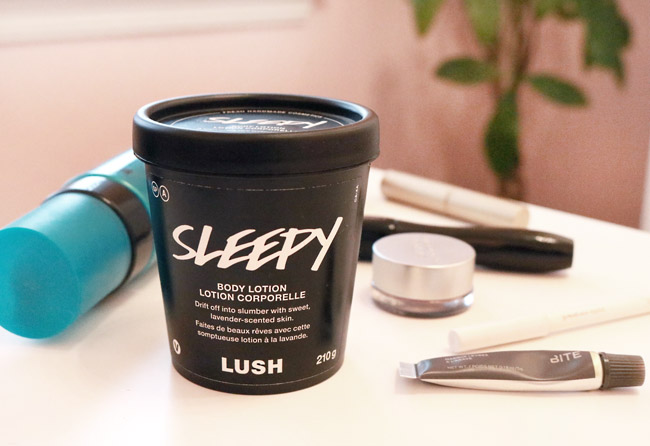 What were some of your high-end favourites from 2019?

Disclaimer: Some of the products mentioned in this post were gifted to me,
however, all thoughts and opinions are 100% my own and honest. 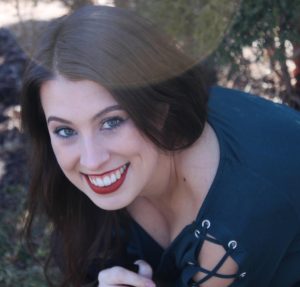